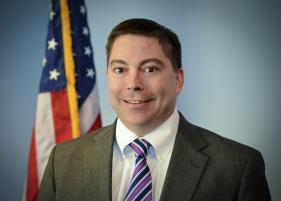 The Board of Directors of the New York State Broadcasters Association is honored to select FCC Commissioner Mike O’Rielly as its “New Yorker of the Year.”

“Commissioner O’Rielly’s connection with New York runs deep. The University of Rochester graduate stated during his confirmation hearings in 2013, “I was born and raised in a small city located on the Erie Canal, just outside Buffalo, New York. …The people of Lockport are hearty, hardworking, holders of strong faith, and fans of the Buffalo Bills. They accept the hard winter weather and lack of sun as a badge of honor.”  Now that is a true New Yorker.

Commissioner O’Rielly is one of the outstanding commissioners in the history of the FCC.  He studies an issue in depth and then makes a principled decision. Commissioner O’Rielly has been a leader on a number of issues affecting New York broadcasters.  He has championed increased enforcement against illegal pirate radio operations, which have plagued New York City radio stations for decades.  He has taken a leading role in modernizing media regulations including the children’s television rules as well as   the broadcast ownership regulations.

Prior to being nominated by President Barack Obama in 2013, Commissioner O’Rielly served in key positions in the U.S. Senate. He was Policy Advisor in the Office of the Senate Republican Whip and served as Deputy Chief of Staff and Policy Director for U.S. Senator Jon Kyl.  He worked for the Republican Policy Committee in the U.S. Senate and in the Office of U.S. Senator John Sununu. Before his tenure as a Senate staffer, he served as a Professional Staff Member on the Committee on Energy and Commerce in the United States House of Representatives. He began his career as a Legislative Assistant to U.S. Congressman Tom Bliley from 1994 to 1995.

We are truly honored to recognize FCC Commissioner Mike O’Rielly as our “New Yorker of the Year.”