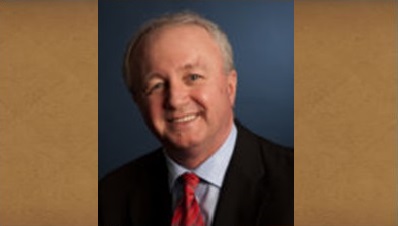 Paul is in bed by 7:30 p.m. and in the office no later than 3:45 a.m. every day.  His dedication to broadcasting and the citizens of the Capital Region is unsurpassed.  The radio legend grew up in Troy and graduated from Siena College.  Paul hosts the longest-running morning show host in the Capital District. His morning show is a “must listen” in the politically active Albany market.

He has been involved with local radio throughout his life. In the 1960’s he engineered record hops for WTRY.  During the 1970’s Paul was involved with the high school radio station, where he got his first chance to be on the air.

After high school he pursued a non-broadcasting career, but began working part time doing talk/sports at WWCN 1460AM in 1986.  A year later Paul moved to WQBK Talk Radio 1300 AM as an on air talk host.  From 1989 to 1993 he served as a talk show host and Sunday Night Sports talk host on WGY (810AM) in Schenectady.

Throughout his career Paul has given back to the community. Each year his station holds a golf tournament to support the Juvenile Diabetes Research Foundation (JDRF) and Jake’s Help from Heaven. Paul has done many remote broadcasts to support JDRF events such as their annual fundraising ball. He does a remote broadcast annually at the Jakes help from Heaven Family Fun Day fundraiser. Paul has worked to bring awareness to the Epilepsy Foundation. He is a long-time supporter of the Lansingburgh Boys and Girls Club as well as the South Troy pool. Paul has been the emcee for a number of charitable events including the Heart Association Ball.

Paul exemplifies what is best about local radio.  He is truly committed to Capital Region, where he grew up and raised a family that includes three children and five grandchildren.