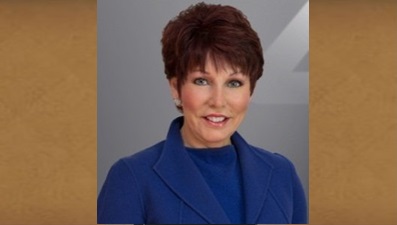 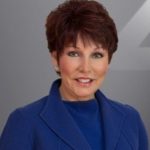 Jacquie Walker has been news anchor at WIVB-TV Channel 4, CBS Buffalo, for 38 years – the longest serving anchor at one television station in Buffalo broadcasting history. She anchors News 4 at 5, 5:30, 6 and 11 p.m. For her outstanding career, Jacquie has been inducted into the Buffalo Broadcasters Hall of Fame and the Silver Circle of the New York Chapter of the National Academy of Television Arts & Sciences.

Jacquie’s work has been recognized with dozens of journalism awards, twenty New York Emmy nominations, and the Governor’s Award for Excellence in Communications. She is proud to be on the News 4 team that earned two National Edward R. Murrow Awards for coverage of the tragic crash of Flight 3407 in 2009.

Jacquie considers the coronavirus pandemic, without question, to be the story of her lifetime; never has the field of journalism been more vital and important in the day-to-day lives of all Americans

Jacquie truly believes in serving others through community volunteerism. She has been honored by the National Multiple Sclerosis Society with a Lifetime Achievement Award for 30+ years of support for those living with MS. Because of her dedication to the fight against cancer, she was honored with the prestigious Service to Mankind Award by the Leukemia & Lymphoma Society. She also has received major awards for her service from the Girl Scouts of Western New York, Kevin Guest House, Rotary Club, National Conference for Community and Justice, and other charitable and civic organizations. For more than 10 years, the Buffalo chapter of the American Association of University Women has presented a $5,000 scholarship in Jacquie’s honor to a local college student.

A breast cancer survivor, she has shared her own story with viewers as well as other stories of survivors, screenings, and clinical trials.

Jacquie began her 42-year career in television news reporting and anchoring at (the former) WBHW-TV in Springfield, Illinois. In 1980, she became the first female co-anchor for WROC-TV in Rochester, NY. She moved to Buffalo, NY, as anchor in 1983 and remains among the longest-tenured employees at WIVB-TV.