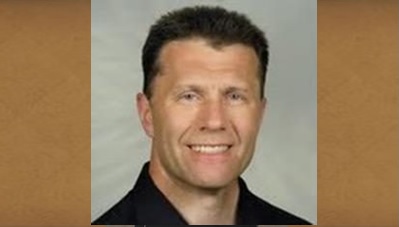 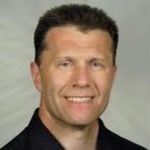 Wayne has been providing weather information to the citizens of Syracuse Central New York for 36 years.  He was the first full time meteorologist on central New York television. Wayne’s arrival signaled a new era in central New York television weather of using computer models and science to actually make a forecast and taking weather seriously and not merely rip-and-reading off the newswire. His love for meteorology spawned the tradition of broadcasting the weather outdoors on the CNY Central Weather Deck in sunshine, snow storms and everything in between. If that’s not daring enough, Wayne has even broadcast from the top of the Syracuse University Carrier Dome.

Wayne has been a professional member of the American Meteorological Society for more than 35 years, and holds the AMS Television and Radio Seals of Approval for excellence in weather broadcasting. He is also a member of the Canadian Meteorological and Oceanographic Society and National Weather Association.  In 1984, the United States Jaycees organization recognized Wayne as one of the Outstanding Young Men in America.

Before coming to Syracuse, Wayne worked six years on TV back in his home area of Portland, Maine, but before his TV career began, Wayne founded Precision Weather Service, a private weather consulting firm that serves hundreds of clients worldwide in several industries including: radio and TV broadcasting, transportation, tourism, and the Hollywood entertainment industry. Wayne is known as Meteorologist to the Stars forecasting the weather for most red carpet Hollywood events, high profile weddings and even the Super Bowl and MLB All Star game. When the Kardashian’s or Madonna have party plans that involve the weather, they call Wayne.

Additionally, Wayne lends his meteorological expertise to the Court system, providing expert testimony in weather related cases all across the United States. Wayne’s contributions to meteorological education include “Wayne’s Weather Workshop” for high school earth science classes and a co-authored course workbook on the science of meteorology, sold worldwide. In 2007, with the help of meteorologists Chris Brandolino and Peter Hall, Wayne developed an educational mock weather disaster that is used in the curriculum requirements for a college degree in emergency preparedness. Weather safety for outdoor events is a huge issue, so Wayne developed a one-of-a-kind table top exercise for outdoor event professionals and has given talks in both the US and Canada on outdoor weather safety. In fact, a few years ago Wayne was invited down to New York City to present a day-long seminar to City officials on ways to better prepare for the next Super Storm SANDY.

Wayne is also an animal lover. In 2008, Wayne founded the Priscilla Mahar Animal Welfare Foundation, a not-for-profit organization with the mission of raising funds to support animal welfare initiatives throughout Central New York. He established the organization in honor of his mother who passed away in 2007 and to date has donated over $300,000 to central NY animal rescues.

Aside from this, Wayne has always felt that if you are on TV or radio, you should become part of the community, use your platform and any notoriety to help causes, as he has done in Syracuse and central New York, getting involved with dozens of local charities from Ronald McDonald House to the American Heart Association, Make-A-Wish, Arc of Onondaga, American Cancer Society and many other great organizations. “That is the best of all” Wayne says, getting to know these great people at so many great charities, showing them support and doing whatever you can to help their causes and the people who depend on these organizations. It’s about caring and giving back. That’s called making a difference in your community and Wayne hopes in our broadcasting lives we’ve all done at least a little of that.