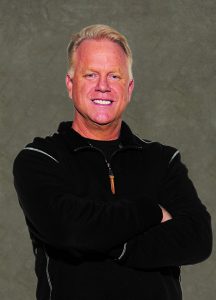 The former NFL star has “Quarterbacked” WFAN’s morning show for 12 years. He is currently the co-host of “Boomer and Gio.” After his outstanding football career, he served as a color commentator for ABC Monday Night Football.  He was Westwood One’s lead analyst for its football broadcasts for eighteen years and set an industry record for broadcasting 19 consecutive Super Bowls.  In addition to his work on WFAN, he currently serves as an in-studio analyst for The NFL Today on CBS television and Inside the NFL on Showtime.  As an NFL quarterback with the Cincinnati Bengals, New York Jets and Arizona Cardinals he passed for 37,920 yards and 247 touchdowns.

He is a Long Island native and still resides there.  Importantly, Boomer Esiason has given back to New York.  He heads the Boomer Esiason Foundation which has raised over 200 million dollars for Cystic Fibrosis Research for over 27 years.  In addition, he has been an amazing ambassador for WFAN and a myriad of local charities particularly focusing on first responders and 9/11 survivors.