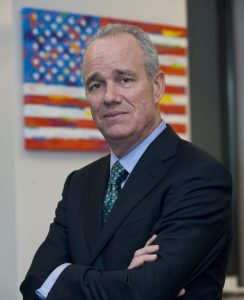 Dave’s commitment to broadcasting in New York is beyond measure. He served as President and General Manager of WABC-TV, Channel 7 in NY City, the flagship of the ABC owned television stations. He was responsible for WABC-TV and all of its ancillary businesses, including: WABC’s digital property ABC7NY; and the station’s website.  He also was responsible for the production of  the original “Live with Regis and Kelly”,  as well as “Live with Kelly & Michael” and finally “Live with Kelly and Ryan.”

Prior to returning to the helm of WABC-TV in 2010, he served as Executive Vice President of ABC News, where he oversaw all ABC News broadcasts including “Good Morning America,” “World News with Diane Sawyer,” “20/20,” “Nightline,” “This Week,” “World News Now,” and “America This Morning.”

Dave was a tremendous supporter of the New York State Broadcasters Association, serving on the board of directors for more than a decade. He served a number of years on its Executive Committee as well as Chairman of the Board.