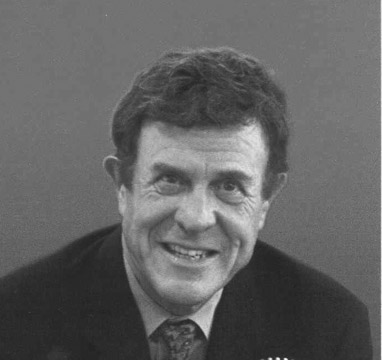 Bruce Morrow (born October 13, 1935 in Brooklyn, NY) is an American radio disc jockey, although he prefers to be called a radio personality, know to generations of New York metropolitan area listeners as Cousin Brucie.

A veritable legend in broadcast history, Morrow is the only on-air personality in New York City to have a street named after him.  In 1994, Mayor Rudolph Guiliani proclaimed West 52nd Street, “Cousin Brucie Way”.

It was at WINS where the “Cousin Brucie” nickname originated one late night in 1959.  An elderly woman somehow found her way to the studio from which Morrow was broadcasting his show with a different kind of request, asking “hey cousin, can you give me fifty cents?”  Morrow complied and the endearing “Cousin Brucie” moniker that generations of Americans have come to know was born.

Morrow formed the Sillerman Morrow Broadcasting Group in 1977, a company that acquired numerous television and radio stations across the country.  He had previously served as a deejay at WNBC New York.  Morrow joined the staff at New York’s popular WABC in 1961, where he remained for 13 years.  He has worked in the New York radio market industry since 1959, when he joined the staff at WINS, which was then a rock and roll station.  He joined WCBS FM in 1982.

Morrow was inducted into three Hall of Fames: The National Association of Broadcaster’s Hall of Fame in 2003, Broadcasting & Cable’s Hall of Fame in 1990 and the Radio Hall of Fame in 1987.  In 1994 he was awarded the Ellis Island Medal of Honor.  Morrow serves as Chairman of Variety, The Children’s Charity.  He made his motion picture debut in the film “Dirty Dancing,” His autobiography, entitled Cousin Brucie: My Life in Rock and Roll Radio, was a best-seller.

For the past four years, Morrow has served as WHY’s “Hungerthon” Chairman and in this capacity has been the leading broadcaster’s voice of Hungerthon.  He has had remarkable success in raising the numbers of donors and the amount of money contributed to WHY’s Hungerthon, by telling the story of hunger and poverty in a most moving and intense presentation.