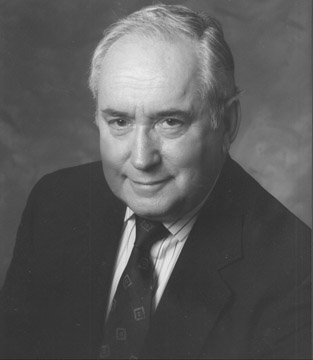 Ernie Tetrault has been an active broadcaster in the Capital Region for more than sixty years. Starting in the early 40\’s, Ernie appeared in dramatic programs on WTRY, Troy. directed by Mildred Joseph then a student at Russell Sage College. At about the same time Tetrault began his love affair with flight—taking flying lessons at Troy airport that were paid for by his job as a shoe clerk. After a two year stint in the Navy Air Corps program at St. Lawrence University and Cornell, Tetrault was hired by WTRY as a part time staff announcer. Between station breaks and commercials, Tetrault did his homework as a nighttime student at Siena College where he graduated in 1951. Tetrault became a licensed pilot later on and helped start an Air Museum which brings aviation enthusiasts into Schenectady from all over the world.

He made an important career move in 1951, from radio to television at pioneer station WRGB, Schenectady, NY. In those early years at WRGB, Ernie hosted an early morning show called “Home Fare”, a local version of the NBC “Today Show.” He was the commercial announcer for the “Teen Age Barn” and many other local programs. In the Seventies, Ernie moved into the newsroom. One of his early assignments was a trip to South Viet Nam where he interviewed many local servicemen. In 1988, one of the highlights of his work on WRGB\’s evening news was a much heralded series on the homeless in the Capital Region. Tetrault assumed the role of a homeless man and lived on the streets of Albany unrecognized by the thousands of pedestrians who watched him deliver the news each night. Followed by hidden cameras, he brought into the viewers living rooms and, more importantly, into their hearts and minds, reports of the reality of the daily struggle of the homeless for survival.

Events of the early 1990 have provided an opportunity for this dedicated news anchor to be the first local television news person to fly with the American troops to Saudi Arabia. There he reported first hand on film and by satellite on Capital region resident\’s involvement in the Gulf War. The series later became a popular special telecast during prime time.
Tetrault was born in Watervliet, New York, grew up in Troy, and is one of Catholic Central High School\’s outstanding alumni. He served in the Naval Air Corps during World War II. He graduated from Siena College in 1951 with a Bachelor of Arts Degree in English. He and his wife Ann are the parents of two grown children and the proud grandparents of an eleven year old girl. They make their home in Niskayuna.

In 1993 Ernie was the Commencement Speaker at St. Rose College where he received the degree of Doctor of Humane letters. The degree award read in part as follows: “During your almost half century career, you have broadened our horizons, and prodded our consciences. You are an inspiration to those who aspire to follow in your footsteps”.

Since retiring from WRGB in 1993 Ernie has kept busy serving as an advocate for the hearing impaired. In addition he is currently seen on WNYA Channel 4, Sundays at eleven AM on programs he produces. Ernie is also working on a documentary to help free a Troy man who has been in jail eight years after what Tetrault and many others in the area believe were two very unfair trials.