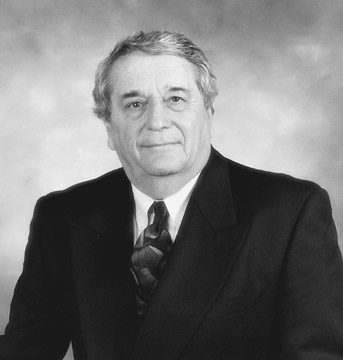 Bud Wertheimer came into the broadcasting industry via an unconventional path. He started as an FM broadcaster at a time when FM radio was an almost unheard of media. His father, Al Wertheimer, along with Al’s partner Larry Gordon, were two of the founding members of the National Association of FM Broadcasters (NAFMB). Al and Larry had been involved in FM radio since the 1950’s, at a time when the economic backbone of most FM stations was providing private channel services such as Muzak and Storecasting. When Bud entered the business in 1963, FM Radio was still in its dark ages, i.e., a radio service broadcasting a technically inferior signal to a very limited number of FM receivers.

For the next 15 years, Bud headed up Functional Broadcasting, Inc. as it evolved from being primarily a background music service to Upstate New York’s only main channel FM network. The Empire State FM Network, as it was known, consisted of a group of four stations in Buffalo, Rochester, Syracuse and Albany.

During this same period, FM Radio was also evolving as a viable mainstream of media aided by a series FCC rules changes that resulted in FM broadcasters being able to compete with other electronic media on an equal footing.

In 1978, Wertheimer took a major leap, and along with legendary Rochester morning man, Jack Palvino, formed The Lincoln Group, Ltd. and acquired WVOR-FM in Rochester. The timing of this move proved to be fortuitous. After being reformatted to become one of the country’s first full service FM stations, WVOR featured homegrown personalities and a unique mix of adult contemporary music. The station soon became known as “The Heart Of Gold” – a moniker for both its brand of music and ties to the community.

Within four ratings books, WVOR rocketed to the number one position in the market in both audience and revenue share. Led by a high personality morning show complete with helicopter based traffic reporting, a full-time news department, and a heavy dose of music research WVOR’s award winning programming and results were unprecedented in FM radio. It didn’t take long for others in the broadcast industry to attempt to model WVOR’s programming and marketing strategies, but few reached its level of market dominance and stationality.

Over the next 15 years of significant and sustained growth, the Lincoln Group under Wertheimer’s leadership was widely admired for its innovation in areas and methods that that are thought of as commonplace in the industry today. They were first to develop a proprietary computer based music programming software system. The extensive use of client perceptual research coupled with a strong commitment to the development of new methods of audience and music research were all Lincoln innovations that brought industry accolades. In 1985 the NAB gave recognition to these efforts when they featured WVOR-FM, Lincoln’s flagship station, in their book, “Radio, In Search of EXCELLENCE.”

Wertheimer’s company was also innovative in its approach to sales and marketing. The Lincoln Group was among the first radio groups in the country to use qualitative research as a sales tool, and Arbitron recruited the company to help in the creation of its first qualitative product, “Retail Direct”.

During the post-1980 period of rapid expansion of the radio industry, much of the growth of FM radio was fueled by another set of factors that have largely gone unreported. Financial institutions quickly and aggressively seized the opportunity to benefit from radio’s rapid growth through the financing of broadcast properties. Almost overnight, a new industry built around radio station acquisition and financing developed and became the lifeblood of the independent radio operators who were the driving force behind the industry’s record growth. Bud Wertheimer was well-known by many of the financial and broadcast participants for his extensive work in persuading the financial sector to recognize and embrace new radio financing strategies. Bud championed efforts in cash-flow modeling and tax based structuring as viable approaches to media funding.

In terms of style, Bud Wertheimer has always thought of himself as a facilitator. He continually and successfully strived to surround himself with talented and dedicated radio professionals. Bud nurtured team building, goal setting, and war room-like strategizing in every facet of his business. And most impressively, Bud knew the value of stepping aside and letting his people drive their own ship so, they too, could experience success in radio’s exciting and rapidly changing growth era in the last half of the 20th century.

It’s also interesting to note that through all his years in helping build, influence and lead the broadcast industry, Bud has never been on-the-air or come up through the more traditional ranks of the business. He’s truly a self-taught, self-driven and unselfish businessman whose activities were in the forefront of significant changes in the industry’s years of change.