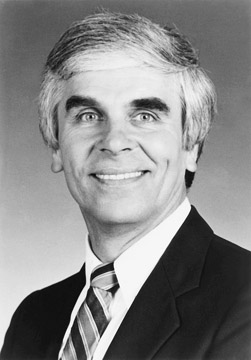 After high school, Dan Neaverth went to Curran Studios, a broadcasting school in Syracuse. He graduated in 1957, and his first job in radio was in Coudersport, Pa. Then he went to Dunkirk to station WDOE. While he was working in these towns, his parents would send him the Buffalo papers.”One day I read that some guy from WBNY was leaving, so I went up there for an audition and got the job.”

Dan Neaverth has racked up 43 years as one of Buffalo’s most listened-to radio personalities, constructing an almost-unmatched legacy of creativity and popularity. After on-air gigs as a teen in Coudersport, Pa., and Dunkirk, “Daffy Dan” was among the original jocks who established WBNY as Buffalo’s first full-time radio rocker in 1957, etching his comedic identity alongside the likes of Lucky Pierreand Fred Klestine. Neaverth’s instant success triggered his hiring by WKBW, where he became a full-fledged star in afternoon-drive. Hisnightly 7 o’clock “changeover” crosstalk with Joey Reynolds soon became must-listening, and he recorded two local single hits “Rats inMy Room” (with Reynolds) and “Good Night, Irene.” Becoming KB’s morning man in the early 1970s, he quickly created a fore runner of the now-familiar morning radio team approach, highlighted by his “adventure” vignettes with newsman Jim McLaughlin. Neaverth was the first person to mount a serious audience-rating challenge to Clint Buehlman and eventually dominated morning-drive among most age groups. In the late 1980s he made a smooth transition from KB to WHTT-FM, where his morning popularity continues to drive that station’s success.