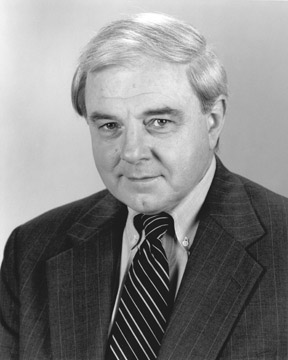 In 1966, Ed was on the technical staff of WTEN Television while simultaneously working as a disc jockey at WOKO and later WPTR. In 1968, Dague returned to WOKO as News Director. While there, he broke numerous stories; including one that prompted a State Commission on Investigation’s probe of the Albany Police Department.

In 1969, Dague joined the staff at WGY as the main Radio News daytime anchor. In 1970, he was named Assignment Editor of WRGB and producer of the station’s 6:00 pm newscast. Under Dague’s direction, that newscast won several awards.

In 1972, Dague began hosting the Muscular Dystrophy Telethon at WRGB. In 12 years, he raised over 2 million dollars and was awarded the prestigious Pat Weaver Award for a report he prepared on a M.D. victim.

In 1973, WRGB made Dague its weekend anchor and principal political reporter. He continued to report after moving up to anchor the stations 6:00 and 11:00 pm weekday newscasts in 1976. In 1982, he was the only broadcast reporter to interview Albany Mayor Erastus Corning in his hospital room and in 1983 was awarded the Associated Press Award for Excellence in Individual Reporting.

In July of 1984, Dague left WRGB to become the Managing Editor and Anchor for WNYT. He spent the last nineteen years of his career there. During that time, WNYT became the regions top rated news station. Dague retired in 2003 when a crippling and progressive form of arthritis forced him to accept disability.

During his career as a television news anchor in the Albany area, Dague worked at two television stations, with six co-anchors and alone, while consistently drawing top ratings.

He and his wife Donna now live in Stillwater. They have two children and two grand children in the area and two pet dachshunds at home.