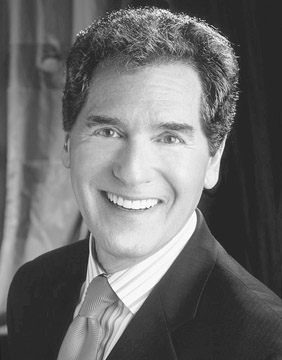 Ernie Anastos is a distinguished Emmy-award winning news anchor at WNYW FOX 5 in New York City, the nation’s top television market and media capital of the world. He is a graduate of Northeastern University in Boston and has lived in Westchester County for more than 25 years, first in Larchmont (Rouken Glen), then Harrison (off Park Drive South), and now Armonk. Ernie Anastos is a member of Westchester Country Club in Rye, New York, where he likes to play golf.

He is a premier news journalist with more than 20 years experience as a respected anchor and reporter. Ernie Anastos is a dynamic TV news personality with an outstanding record of achievement and brings a unique style to broadcast journalism. He conveys credibility, warmth and sincerity. He has won 28 Emmy Awards and nominations, including the prestigious Edward R. Murrow Award for excellence in writing. Ernie anchors the 5 p.m. and top-rated 10 p.m. broadcasts on FOX 5 News. Throughout the years, he has gained wide popularity within New York City’s uniquely diversified community nurturing a sense of trust and confidence among viewers.

As a seasoned anchor, Ernie has covered major stories in the New York area comprised of live coverage of breaking news, political conventions and special events. On September 11th, Anastos anchored award-winning news coverage of the World Trade Center attacks. He has traveled inside Cuba and to meet with Fidel Castro as part of a series of special reports on the 45th anniversary of the revolution. Other assignments have taken him to the Vatican in Rome and the White House in Washington, D.C. He covered John Cardinal O’Connor’s official trip to El Salvador and Nicaragua, and reported on the tragic death and funeral of Princess Diana live from London. Ernie also won an Emmy nomination for his continuous reporting on the untimely death of John F. Kennedy, Jr. from the site of his plane crash off Cape Cod.

Ernie Anastos has national experience as a news anchor and reporter for CBS This Morning, CBS Late News and substitute host for ABC’s Good Morning America. He is a celebrated author of an historical book on the lifestyles of youth in America. His book, Twixt: Teens Yesterday and Today, traces the American teenager’s influence on social and political attitudes. It was featured at the Smithsonian Museum’s bookstore in Washington, D.C. and The New York Times.

In 1998, Anastos and several business partners bought Saratoga Springs, New York-based radio station WJKE (now WQAR). The partnership, better known as the Anastos Media Group, would soon buy several other stations in the Capital Region of New York State and would later enter eastern New England. The day-to-day operations of the group are handled in part by Anastos’ daughter Nina.