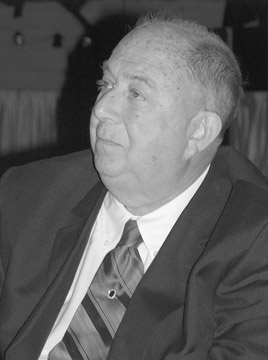 A Native New Yorker, Paul Sidney was born and raised in the Bensonhurst section of Brooklyn. In the shadows of the NYC radio and television world, Paul fell in love with broadcasting at an early age, a passion that continues to this day. As a child when the other kids were playing stickball, Paul was obsessed with the Dumont television network and would take the train into Manhattan to the Dumont Studios, the Adelphi Theater, Ambassador Theater, and John Wanamakers Departmenrt store where Captain Video, Rocky King-Inside Detective, the Plainclothesman and the live programming of WABD channel 5 – “New York’s Window on the World” originated from. It was seeing professionals like Don Russell, Bill O’Toole, Dennis James, Bill Wendell, Kathy Norris, and Frank Bunetta working with stars like Ernie Kovaks, Roscoe Karns, Jackie Gleason, Pat Michael, Ken Lynch,Al Hodge, Johnny and Penny Oslon, Don Hastings and Bishop Fulton J. Sheens among many others that excited him.

After high school, Paul enrolled in NYU where he did some broadcasting, also working at WBIC/WLIX in Bayshore on Long Island , upstate at WKNY in Kingston , and WBRY in Waterbury, Connecticut along the way. His professional life really began when he was hired for WLIS in Old Saybrook, Connecticut, where Paul made a name for himself working mostly mornings, remotes, and some afternoon shifts. Then in August of 1963, WLNG out of Sag Harbor came on the air at 1600 AM, and Paul began helping out immediately and in less than a year was working there full time. Paul has been with WLNG, now at 92.1 FM, for the last 43 years, as President/General Manager for most of it. During those years WLNG has become an NAB Crystal Award Winning station, as well as being nominated for the Marconi Award for Small Market Station of the Year.

Paul’s contribution to radio is one that is steeped in the history of broadcasting, and keeping that magical spirit alive. WLNG is probably the first oldies station in the country, but as Paul always says, “It’s what’s between the records that count”. Community involvement, High School Sports, Local news and PSA’s- a truly “live and local” station. Paul does over 250 live remote broadcasts a years and anytime there is a n’oreaster, blizzard, or hurricane, everyone knows to tune to the “Master of Disaster” for all of the latest conditions, predictions, and closings- making WLNG an asset to the area.

A large part of any commercial station has to do with advertisers and sponsors, and Paul has always nurtured personal relationships with the advertisers making local celebrities out of them in the meantime. Although the Hamptons have become a playground for the wealthy and second home owner, it’s the relationships with the real working class local population that has made WLNG such a success, and Paul is the driving force behind what the station is today. It is definitely not an oldies jukebox, but more like a part of the fabric of the region. It is a model for how a small market station can survive in todays business world, and have fun while doing it. Of course the vintage jingles and library of 10,000 golden oldies help keep it interesting, as well.

Paul continues to this day in his leadership role at WLNG, and remains fully inspired by the potential of what good radio and broadcasting could be.