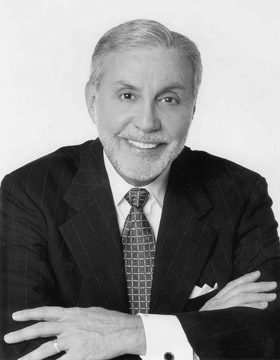 Bob Bruno began his broadcasting career as an on-air personality in 1965 working at several suburban stations including WCMC in Wildwood, NJ and WKIP in Poughkeepsie, NY. In 1966 he moved to WVIP, Mount Kisco, NY where, in addition to his on air work, he assumed the position of Program Director.

Bob joined WNEW AM, NY as Program Director in 1975 moving cross town to WOR in the same capacity in 1978. He served in that role for 10 years before being promoted to Vice President and General Manager in 1988, the position he held until his retirement at the end of 2007.

Bob was a member of the New York State Broadcasters Association Board of Directors for over 20 years. He also served as a director on the board of New York Market Radio, (NYMRAD), for over a decade. He is a charter member of the New York Chapter of Mastermedia, an organization of Christian media professionals dedicated to building relationships between faith and media.

Although retired, Bob remains quite active in the business of radio as Buckley’s exclusive program consultant to WOR. In addition, his company, Dark Horse Productions, in partnership with internet streaming providers, Jetcast, is launching a new web based adult targeted music format, The Best of Everything, soon to be available for broadcast syndication.

Bob and his wife Arlene live in Warwick, NY and have a residence in Naples, FL.