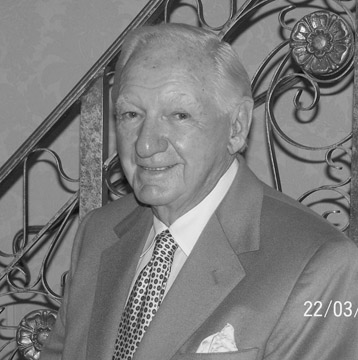 Prior to forming EFM Media, Mr. McLaughlin, recognized as a leader and innovator in the radio industry, had a long tenure with ABC Radio. He was president of the ABC Radio Networks from 1972 to 1986, where he implemented the multi-network concept and expanded ABC’s radio networks from four to six in 1982. Among his many accomplishments as president was obtaining the first exclusive live radio network rights to the Olympic Games with the 1984 Summer Olympics from Los Angeles. During his tenure, Mr. McLaughlin guided ABC’s special programming area to produce its very first long-form programs (Elvis: Memories and The Barbra Streisand Special) and acquire such program giants as American Top 40 with Casey Kasem and American Country Countdown with Bob Kingsley.

Prior to serving as president of the ABC Networks, Mr. McLaughlin was vice president and general manager of ABC’s KGO Talkradio in San Francisco. He first joined ABC in 1964 as KGO’s general sales manager.

Mr. McLaughlin is chairman emeritus of the board of The Broadcasters Foundation. In 1995 he was inducted into the Radio Hall of Fame; and in 1996 he received the National Association of Broadcasters’ National Radio Award. He was the first chairman of the Radio Network Association and a long-standing board member of the International Radio & Television Foundation. Mr. McLaughlin is also a trustee of The Paley Center for Media.

In 1997 the assets of The Rush Limbaugh Show, The Dr. Dean Edell Show, and The Limbaugh Letter were sold to Jacor Communications. Mr. McLaughlin remains active in broadcasting.