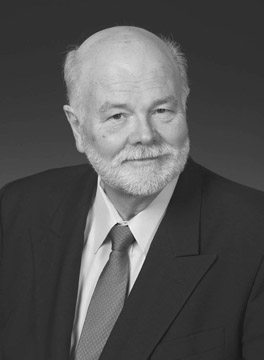 When New York State Broadcasters Association (NYSBA) Hall of Famer Bill O’Shaughnessy first met John Kelly during their Army days nearly 50 years ago, “John had the three best jobs on the post.” O’Shaughnessy recognized something special about the man “loaded with Irish charm and goodness.” He nudged Kelly into the radio business and the rest is, quite literally, broadcast history.

In 1962, Kelly landed an entry level sales job at WTRY in the Albany market. He managed to “avoid getting fired” for six months while he learned the ropes. Years later, he ended up leading that station to the top of the ratings, the first in a long series of remarkable radio successes. In the 1980’s, he guided WPYX to the top of the heap — the station’s power ratio (the relationship between ratings and revenues) was number one in the country. In the 90’s, Kelly guided WFLY to the number one spot. Three different decades, three different stations, three different owners — all number one. “I like working on something and seeing it bear fruit,” Kelly said.

When auto dealership giant Jim Morrell decided to get into radio, he chose Kelly to lead the way. Two stations were purchased in 1986. When Kelly retired in 2002, the group had 28 stations.

The 1997 NYSBA “Broadcaster of the Year,” Kelly modestly explains his success this way:
“I never knew much about anything. I just hired good people and got out of their way.” The Chairman of the Hall of Fame selection committee, Galaxy group owner Ed Levine, has a different take on the success. Levine worked for Kelly at WPYX. “Anybody can get lucky once. John Kelly had numerous successes over a number of years all in one market. That separates him from the rest.” Levine says Kelly was a tough task masker with remarkable intuition. “He always knew the right questions to ask and had a tremendous BS detector.”

NYSBA President Joe Reilly is a dear friend who has known Kelly for 40 years. “John let his people take chances that most managers wouldn’t,” Reilly said. In addition, “John had a great eye for talent.” Kelly takes great pleasure in seeing talent go on to achieve enormous success. Popular NY City morning show co-host (WPLJ) Todd Pettengill has been Billboard Magazine’s “Air Personality of the Year” five times. He worked for Kelly in Albany. Pettengill calls him “the best GM I ever worked for, bar none.” He said Kelly’s “even temperament” was a great help when he was trying to manage multiple stations in a turbulent industry.

Born in Poughkeepsie into very modest means, Kelly spent many summers as a youth on a farm doing chores from dawn to dusk. He earned a business degree at SUNY – Farmingdale on Long Island where he met Jane, the love of his life. He caught a glimpse of her as she passed him on campus. “She looked like Jacqueline Kennedy,” he said. “I said to myself, ‘wow’.” Reilly calls her “the sweetest woman that ever walked the planet.” John and Jane Kelly were married for 44 years until her death in 2004. They were Cupid’s ying and yang. “Jane was a wonderfully calming force in my life,” he said. “Spending time with our three children and four grandchildren is the most satisfying aspect of my life right now.”

Volunteering has always been an important part of Kelly’s life. He has served as NYSBA board chairman and as president of the Capital District Radio Association, chairman of the NYS Emergency Broadcast System, as a Kiwanis board member, and even as president of his local school board.

The radio bug never leaves the true broadcaster. Since “retiring” in 2002, John has been the Director of WVCR, Siena College’s noncommercial radio station. The outlet has been transformed into one of the nation’s top college stations. “I love the energy the students generate,” Kelly said. “And playing a role in developing Siena’s electronic journalism major is very exciting.”

As for advice for those with great aspirations, Kelly says simply, “Dare to be different. Why does every resume look alike? Be willing to think outside the box and take risks.”