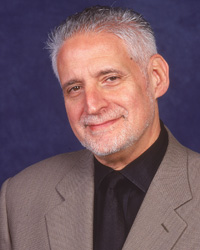 Capital Region viewers looked forward to Dan DiNicola’s news features, commentaries and entertainment reports each weeknight on Channel 6 News. Dan’s background in literature, education and entertainment gave him a knack for spotting trends. He presented ordinary events with warm humor, and his interviews with Hollywood celebrities were always spontaneous and revealing.

Occasional half-hour editions of “DiNicola’s World” were especially popular among viewers. In one of his last series, Dan gave viewers armchair tours of big cities near the Albany area. This series started in 1995 with “DiNicola’s World: At Home in the Big City,” which received the Associated Press award for best documentary. Dan subsequently brought viewers on video tours of Montreal, Boston, Washington, DC, the Capital Region, and this past February, Japan. The “At Home” specials have received awards from the NYS Broadcasters’ Association, the Ad Club, and most recently, an Emmy Award from the New York Chapter of the National Academy of Television Arts and Science.