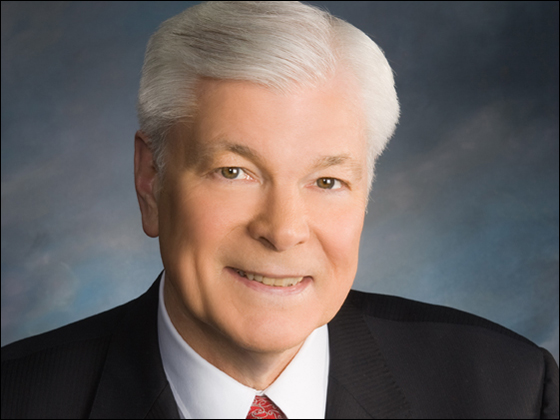 Don Alhart began his career in broadcasting as a summer relief engineer at WROC-TV, in Rochester, New York, in 1962. He also worked there in the summers of 1963 and 1964, before securing a job in the summer of 1965 as a reporter for WOKR-TV, Channel 13. (Now WHAM-TV) During those college years, he was also a news reporter and D.J, for WTKO Radio, in Ithaca, New York.

Upon receiving his BS Degree from Ithaca College in 1966, Don immediately came back to Channel 13, where he continues to work today as anchor of the 6 o’clock news and co-anchor of the 11 o’clock broadcast with Ginny Ryan.

He has been honored five times with the prestigious Edward R. Murrow Award for excellence in television news. He has received honors both for Writing and for Best Newscast.

Don has been a volunteer with the Association for Retarded Citizens for nearly 40 years and received their Community Partner Award in 1982. He and his wife, Mary, hosted the annual “Weekend with the Stars for Cerebral Palsy” on WOKR-TV from 1980 to 1990. He received the Community Service Award from the New York State United Cerebral Palsy Association in 1986.

Don has been recognized with numerous other awards, including the VFW Award of Merit, the Humanitarian Award from the Rochester Police Rosewood Club, the Mass Media Communicator Award from SUNY-Brockport, and the Ithaca College Alumni Award. He was honored by the Salvation Army with their prestigious “Others Award” in 1996, and in 2002, received the “Tikkum Olam” award from the Jewish Community Center of Rochester, given annually to an individual who demonstrates the meaning of the words- “Repairing the World!”

He has been an active member of the Rochester Rotary Club since 1976, serving as president from 1987 to 1988. He served as a Rotary District Governor in 2002-2003, responsible for 67 clubs in the Greater Rochester area and southern tier of New York State. He was also honored with the 60th Annual Rochester Rotary Award, the oldest major civic award in the community, which is presented each year to a citizen who has made a significant contribution to the business, professional, cultural or civic life of the community.

Don and his wife, Mary, have been married 40 years. They live in Penfield, where they raised their three children: Todd, Jennifer and Jonathan.