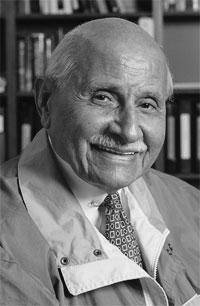 Broadcasting executive Percy E. Sutton served as Manhattan borough president between 1966 and 1977, and at that time was New York state’s highest ranking black elected official. A lawyer by training, Sutton built a small media empire that included one of New York City’s top radio stations and Harlem’s landmark Apollo Theater. He was also the attorney for slain civil-rights leader Malcolm X and his surviving family.

1. Bounced Between Military Service and Education

Sutton is a native of San Antonio, Texas, where he was born the last of 15 children in his family on November 24, 1920. His father was a schoolteacher who later became principal of Phyllis Wheatley High School, San Antonio’s black high school, and Sutton’s mother was a teacher as well. All of their surviving twelve children went on to earn college degrees, with the older, professionally established ones joining in to provide for their younger siblings later. Sutton, however, had a checkered academic career, stopping at three historically black colleges but never earning a degree: Prairie View Agricultural and Mechanical College in Texas, the Tuskegee Institute in Alabama, and Virginia’s Hampton Institute.

As a young man, Sutton did pick up an invaluable skill, however: he flew small planes and even worked as a stunt pilot at county fairs. When the United States entered World War II in 1941, Sutton tried to enlist in the Army Air Corps to fly fighter planes, but was rejected because of his race. He then traveled to New York City, where the local Army brass were less prejudiced, and his application was approved. He became part of the legendary Tuskegee Airmen, flying sorties over the Italian and Mediterranean theaters of operation, and earned combat stars as an intelligence officer with the 332nd Fighter Group’s black 99th Pursuit Squadron.

Discharged with the rank of captain, Sutton went back to New York City and enrolled in college once again, this time on the G.I. Bill, which provided tuition aid for veterans. He entered Columbia University School of Law, and supported his wife and new family as dishwasher and hotel bellhop. Realizing he needed to work full-time, he transferred to Brooklyn College School of Law and took a steadier job as post office clerk; he also worked as a subway conductor for a time before earning his law degree in 1950. In 1951, after passing the New York bar exam, he enlisted once again in the military when war on Asia’s Korean peninsula erupted. Sutton served as an Air Force intelligence officer in Washington, D.C., and later became the first black trial judge advocate in this branch of the service.

2. Rose in Stature Alongside Malcolm X

Back in New York with the end of the Korean War in 1953, Sutton joined his brother, Oliver, and a friend, George Covington, and opened a law practice in Harlem on one of its main thoroughfares, 125th Street. Sutton would become indelibly associated with the significant African-American political power base that emerged out of Harlem in the 1960s, but initially he had some difficulties establishing his name with the voting public. For ten years, he entered and lost elections to become the Democratic party district leader, an assemblyman, and New York City councilman. Then he teamed with another young Harlem figure, Charles Rangel, and formed a local Democratic club of their own, which had some success in politically mobilizing the area.

But it was Sutton’s connections with another Harlem figure that helped launch his political career. He was active in the local National Association for the Advancement of Colored People chapter, and an associate there told him one day in the 1950s about a captivating street orator and Nation of Islam member who went by the name Malcolm X. Sutton went to see Malcolm speak, and soon the fiery black nationalist and combat-decorated attorney were debating on radio shows. At one point, Malcolm asserted that an “establishment” lawyer like Sutton would never dare represent him. Rising to the challenge, Sutton agreed, and offered his services for free. “It was a way to build my practice,” he told New York Times writer Jane Gross years later.

Sutton became involved in the civil-rights struggles down South during the 1960s. When scores of civil rights workers were arrested in 1963 and 1964 demonstrations, he and his firm defended them, and he also served as a consultant to the Student Nonviolent Coordinating Committee. Still interested in political office, he ran for and won election to the New York State Assembly in 1964. In Albany, he became the spokesperson for the legislature’s 13-member black caucus, and was instrumental in getting funding to establish the Schomburg Center for Research in Black Culture in Harlem, a branch of the New York Public Library system.

Sutton still did legal work for Malcolm X, and in the months leading up to the leader’s 1965 assassination, went to court on his behalf to fight a troublesome eviction notice when Malcolm broke with the Nation of Islam leadership, which owned the house. Harlem was a tense place during this period, and Malcolm was on an African trip in July of 1964 when widescale rioting and looting began after an off-duty police officer shot and killed a 15-year-old Harlem youth. Some invoked Malcolm’s name on the streets, and warned that things would intensify when he returned. Others said that Malcolm was the only man in Harlem who could credibly order a riot-in-progress to stop. When the Nation of Islam preacher telephoned Sutton from overseas, Sutton informed him that some were claiming “that you might have got onto the top of a truck and tried to get people to cool it,” Sutton recalled saying to Malcolm in an interview with Peter Goldman for his book, The Life and Death of Malcolm X. Malcolm advised his attorney otherwise, as Sutton recalled. “If I were you, counselor, I’d stay off the top of trucks…. It’s bad destroying our own community because someday we should own it. But I don’t advise you to go get on the tops of any trucks. I wouldn’t if I were there.” In early 1965 Malcolm was felled by gunfire at a rally inside Harlem’s Audubon Ballroom, and Harlem nearly erupted once again. There were worries that his funeral would turn violent, and Sutton had to persuade a church and a funeral home to handle the service and burial.

Sutton’s civil-rights work did not diminish his reputation city-wide. In 1966 Manhattan Borough president Constance Baker Motley resigned to take a federal judgeship, and the New York City Council voted Sutton to fill the remainder of her term. He was elected regularly on his own until 1977, when he stepped down to enter the New York City Democratic mayoral primary. His loss to Edward I. Koch was the end of Sutton’s formal political career, though he continued to be a behind-the-scenes power-broker inside New York Democratic circles. He also served as mentor to David Dinkins, six years his junior, who later became New York City’s first black mayor.

Still practicing law, Sutton moved into broadcasting in the early 1970s, when he and his brother Oliver and an associate bought a New York City radio station in 1971. WLIB-AM became the first black-owned radio station in city, and was the cornerstone of Sutton’s Inner City Broadcasting Corporation, founded in 1972. Two years later, the company bought its first FM station, WBLS, that pulled in top ratings for years. Sutton’s company also acquired other radio stations around the country, and he was part-owner of the New York Amsterdam News for several years.

In 1980, hopeful that Harlem was on the cusp of a revival, Sutton bought the 1,500-seat Apollo Theater, a Harlem landmark on West 125th Street that dated back to 1913. It was a former burlesque house that became, in the segregated 1930s and 1940s, one of the few venues in the city where black stars performed. It hosted legendary sell-out shows by Billie Holiday, Nat “King” Cole, and Lionel Hampton, and staged a long-running amateur competition that gave many performers their first taste of stardom, including 1956 winner James Brown. Motown Records later used the theater as a showcase for its revues that featured Marvin Gaye, the Supremes, and other top acts, and the building went unharmed during the 1964 riots. It fell into disrepair in the late 1970s, and then bankruptcy. Sutton and a group of private investors bought the theater in 1981, and obtained state and local funds to renovate it. It was a small venue, and the big names were no longer interested. “The civil rights movement that I went to jail in was the same civil rights movement that killed the Apollo,” Sutton told New York Times journalists Alan Finder and Anthony Ramirez. “We thought all the people who had started there and gone on to success would come back. But they didn’t.”

With Sutton as a producer, the Apollo revived its famed Amateur Night, and his company served as a distributor for the still-popular weekly talent search. By this time Sutton had ventured into cable television, and owned the Queens Inner Unity Cable System, the franchise for the Queens borough. The Apollo Theater, however, continued to lose money, and he handed over management of it to a nonprofit foundation in 1992. The Apollo Theater Foundation’s board was headed by Rangel, while the state of New York owned the property. In 1998 an inquiry based in Albany resulted in charges of financial mismanagement on the part of the board and Sutton. The issue hinged upon payments of the It’s Showtime at the Apollo talent show, with the state claiming that Sutton had been underpaying the struggling theater for years. Sutton argued that his television show had not earned a profit until the mid-1990s, and others believed that the inquiry was simply part of a political witch-hunt on the part of Republicans in Albany. “At this time in my life, when I am 77 years old and I have never had any scandal attached to me, to have some stupid political thing,” Sutton asserted in a New York Times interview with Finder and Ramirez. “The real problem is a misunderstanding on how television syndication works.”

Sutton handed over the reigns of Inner City Broadcasting to his son, Pierre, in 1991, and his daughter, Cheryl Lynn, is also an executive at the company. He is the recipient of numerous awards for his civil-rights and business achievements, and sits on the boards of an array of organizations, both charitable and corporate. He continued to represent the family of Malcolm X for many years, and even helped broker a deal when one of the slain leader’s daughters, who witnessed the shooting at age four, was charged with trying to hire a hit man to kill Nation of Islam leader Louis H. Farrakhan in 1995. Her son, Malcolm, was a troubled youth with a history of mental problems who set a 1997 fire that killed his grandmother Betty Shabazz, the widow of Malcolm X. Sutton and Dinkins served as the boy’s defense lawyers for the tragic, headline-making case, and Sutton visited the boy nearly every day in jail for months. He spoke to the New York Times in 1998 about the legal proceedings, and discussed the shortcomings of America’s juvenile-justice system. “There is a fear that abounds in this country, and it is directed at inner city children in the main,” he told Gross, the article’s author. “What about all the other children who are not fortunate enough to have Percy Sutton and David Dinkins to protect them? What about the children of the crack generation, these hyper kids with no idea how to behave? Should we just jail them?”