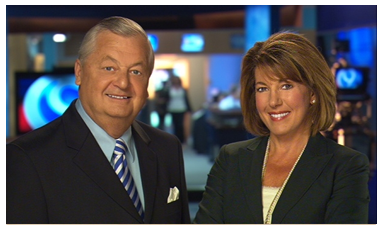 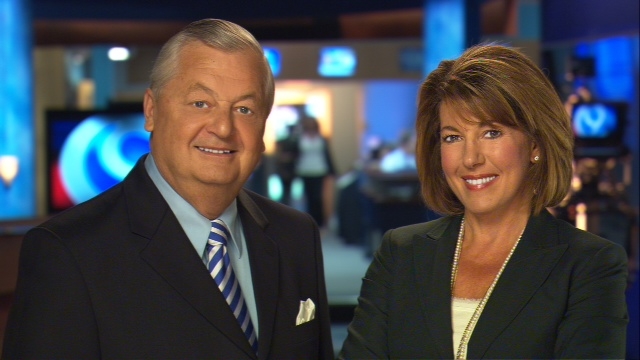 CARRIE LAZARUS is an award-winning anchor and reporter for NewsChannel 9 WSYR. Her FAMILY HEALTHCAST was one of the first daily local health and fitness reports in the nation, and the first in Central New York… bringing viewers the latest in health, fitness, and family news since 1986. She anchors NewsChannel 9 at Noon, 5pm, 5:30 and 6:00pm daily, and contributes regularly to 9wsyr.com. A graduate of Syracuse University’s Newhouse School of Public Communications, Carrie is the mother of two, a frequent public speaker on health-related issues, and active in many community activities. Carrie was honored in 2004 with the Syracuse Press Club’s Bliven- Ganley-Rossi Award for Career Achievement. She and Rod Wood form one of the most enduring news teams in the nation, with more than 25 years as co-anchors.

ROD WOOD is the dean of Central New York broadcast journalists…. covering the news in Syracuse and the surrounding area for more than 45 years. The Syracuse native is a former president of the Syracuse Press Club, and he’s been honored by the Associated Press and many other organizations for news coverage and community involvement. He’s also been honored for consumer education through reporting, for his regular “Consumer Reports” features. Rod anchors NewsChannel 9 at 5:00, 5:30 & 6:00pm and the top-rated “11 at Eleven” five nights a week. He was honored with a plaque on the Syracuse Press Club’s Wall of Distinction in 2001. Rod is a veteran of the U.S. Army. He and his wife live in Syracuse and have five grown children and four grandchildren.