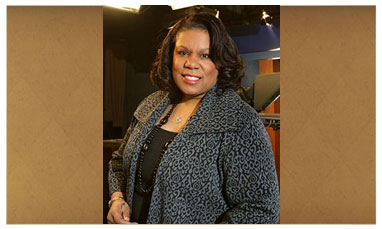 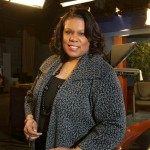 The legendary news anchor grew up in North Syracuse and stayed in her hometown. She joined WSYR-TV’s (now WSTM-TV) news staff in 1978 as a general assignment reporter upon her graduation from Syracuse University’s (SU) Newhouse School. In less than seven years, she became the station’s first black female anchor.  This accomplishment was noted in Jet Magazine, comparing her to another Jackie Robinson for breaking the color barrier.

Syracuse’s “Jackie” has a career filled with many accomplishments and honors in television news, and has been recognized on numerous occasions for her efforts on behalf of schools and other community organizations. Jackie attributes her success to her very strong family, where the five children pushed each other academically and athletically. As one result, in 1974, Jackie finished second in the 50-yard dash and first in the standing broad jump in the state finals. She was also president of the local teen chapter of the National Council of Negro Women, which urged her to apply for a minority scholarship at Syracuse University. When she was selected, Jackie decided to pursue a career in broadcasting.

Jackie has excelled in many positions, including anchor, news producer, host of the local community program “City Scene” (formerly “News and Views, Black Perspective”), and as weekend assignment editor and weather reporter.

Among her honors: the New York State Governor’s Award for African-Americans of Distinction; the Spirit of American Women Award given by Girls Inc. to role models; the 1991 Post-Standard Woman of Achievement in Communications; the 1990 Women in Communications’ Community Leader of the Year Award; and, the “Best Local News Personality” by the Syracuse New Times in 2000.

In 1995, Jackie received the Syracuse University Chancellor’s Award as an SU Outstanding Journalist. The North Syracuse Lions’ Club, the United Negro College Fund, and the National Council of Negro Women, among many other local organizations, also have honored her for her contributions to the community.