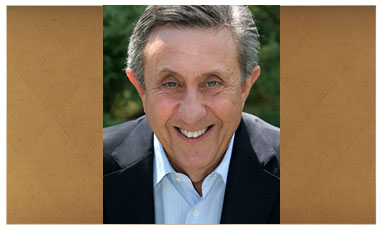 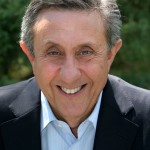 Len Berman is an Emmy Award-winning sportscaster and New York Times best-selling author who has covered just about every major sports event, including multiple Super Bowls, World Series and Olympics Games during his 40-year career in broadcasting. The legendary New York sports reporter worked for a number of major stations, including WNBC-TV (1982-2009), WCBS-TV (1979-1982) and WBZ-TV in Boston (1973-1978.)  Len also hosted a segment on WNYW-Fox 5 in 2012.

He is the creator of Spanning the World, a monthly collection of sports bloopers, which was a 20-year staple on NBC’s Today Show. He is also the creator of Sports Fantasy, which aired on NBC and pitted regular viewers against famous sports stars.

He is the recipient of eight Emmy Awards and is a six-time winner of New York Sportscaster of the Year. His newest kids’ book, The Greatest Moments in Sports immediately debuted on the New York Times best-seller list. He has previously published three books: Spanning The World, And Nobody Got Hurt!, And Nobody Got Hurt 2!.

His daily Top 5 email is featured in The Huffington Post and is received by thousands around the country.  Len’s views on sports can be seen on his highly successful website, That’s Sports.