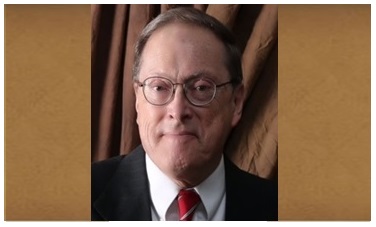 WDOE Radio Sports Director Morning Show Announcer Dan Palmer has been broadcasting 45 years in his hometown area of Dunkirk/Fredonia, Chautauqua County, New York. Born in Dunkirk, NY and a graduate of Dunkirk High School, he is also a 1969 graduate of Bryant and Stratton Business College in Buffalo. Dan gained his broadcast experience at Career Academy School of Broadcasting in Boston, MA. Dan’s first professional position came in September of 1970 at WBUZ radio in Fredonia, as a staff announcer, but sports play by play was his true passion so after 5 years he accepted a position as Sports Director/ morning announcer at his hometown radio station, WDOE in Dunkirk, on October 6, 1975. He has just celebrated 40 years at WDOE and 45 years in local radio broadcasting.

Dan has broadcast the play by play of over 2000 games of Chautauqua County high schools, youth sporting events and Fredonia State University sports. The highlight has been covering the play by play of the New York State Public High School Athletic Association (NYSPHSAA) State Championships in football, basketball, baseball and softball. He has traveled all across New York State bringing the live play by play back to his home town of Dunkirk on WDOE, visiting Glens Falls, Albany/Troy, Utica, Syracuse, Binghamton, Waterloo, Rochester, Herkimer, Little Falls, Buffalo, Long Island and New York City to broadcast championship games. Dan has broadcast hundreds of Section Six High School championship games and Regional games and has been at the microphone for 10 State Championships.

Dan also has a popular morning show on WDOE Monday through Friday from 6 AM until 9 AM, and also serves as an advertising account representative handling the sale of many of WDOE sports broadcasts. Dan also produces his own radio commercials and is a past winner of the New York State Broadcasters Association’s best Local Commercial and best Public Service Campaign.

Dan has also been very active in helping to promote many events and fundraisers in Chautauqua County, including: Relay For Life to fight cancer, Special Olympics, Library Telethon Fundraiser, Laurel Run to promote Disability Awareness, Red Cross Blood Drives, ALS Walk/Run, as well as many other events.

Dan is looking forward to his 50th anniversary in 2025 and loves arriving at the WDOE studio at 5 AM every morning to put together his Morning Sports Report. Broadcasting, has not been a job, it has been a never ending passion of putting smiles on the faces of the listeners of WDOE.