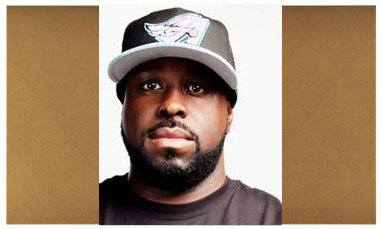 FUNK FLEX is Hip Hop’s most prominent trendsetter.  His name is knownaround the world and for well over a decade he has reigned as America’s number one Hip Hop personality. He reaches nearly three million listeners weekly.  In addition to radio, Flex has been dubbed the “evangelist of Hip Hop car culture” by the New York Times.

He is known for being the first to release exclusive records in the hip hop world.  His show on Hot 97 features live mixing, and celebrity guests.  Throughout the 1990s he reigned over New York’s mammoth rap scene, capable of making or breaking artists with his high-profile position at the top-rated radio station in America’s top radio market, Hot 97.  By the mid-’90s, he was also the weekly DJ at one of New York’s top clubs, the Tunnel.  His radio show was broadcast on Los Angeles’ Power 106, America’s second largest radio market.  He began releasing commercially successful mix albums in the mid-’90s, beginning with the first volume of the long-running 60 Minutes of Funk series.  At the end of the decade, his popularity only continued to rise, landing him a coveted position on MTV with his own daily show, Direct Effect.  Flex was the first pure DJ without any affiliated MCs to match the popular success that early ’80s artists had attained, harking back to the early days of hip-hop when the DJ overshadowed the MC.

Funk Flex has developed his own mini-empire of car-customizing television on SPIKE TV and ESPN.  He can be seen interviewing and customizing the cars of leading sports celebrities from the NBA, NFL, Major League Baseball and from the world of Hip Hop.

Flex has become one of the world’s most famous DJs.  When he plays a record, it becomes a hit.  When he hits up an event, it sets attendance records.  When he markets a product, people buy it.  Flex is known, respected but, most importantly, he is trusted.  Funkmaster Flex offers something that truly can’t be bought.  He has credibility, and that makes him unstoppable.