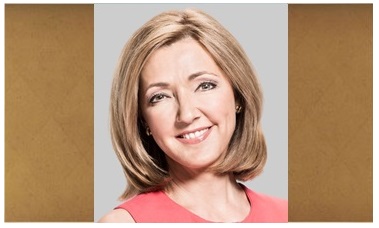 Chris Jansing is the Senior White House Correspondent for NBC News, reporting for NBC Nightly News, the Today Show, and MSNBC programs from “Morning Joe” to “Rachel Maddow”. She has been a guest host on Meet the Press.

Jansing joined NBC News in June 1998. Before moving to Washington, she was a New York and Los Angeles-based correspondent who filed reports from around the world, from Afghanistan to Iceland to Bolivia and Malawi, as well as across the U.S.

Most recently, she anchored “Jansing and Company” on MSNBC, and was on location for some of the biggest stories of our time including coverage of the terrorist attacks on September 11 as the events unfolded, hurricane Katrina in New Orleans, the shooting tragedies in Newtown, Tucson and Aurora, Colorado, the nuclear crisis in Japan, and the Olympic Games in Torino, Vancouver, London and Sochi. Jansing was also in London for the royal wedding and birth of Prince George. She has covered numerous presidential campaigns and hosted a series of prime time reports called “Battleground America”.

She was with Pope John Paul II during his historic visit to Israel, and anchored MSNBC’s coverage from Rome for his funeral as well as the elections of Pope Benedict and Pope Francis. She was in South Africa during Nelson Mandela’s final days and in West Africa with UN Ambassador Samantha Power.

Before joining the NBC News team, Jansing co-anchored the nightly news for WNYT-TV Albany – where she was honored with numerous awards for excellence in journalism, including two Emmys. She began her career as a journalist writing for a local newspaper in Ohio and worked as a radio reporter and anchor in upstate New York.