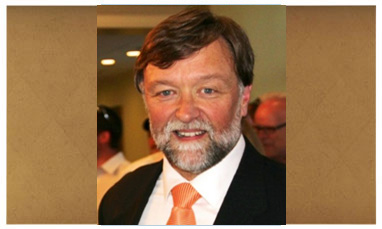 Chris Musial began his broadcasting career in 1974 as a radio DJ, news contributor, sports director, and play-by play announcer at WSMH (Saint Mary’s HS, Lancaster) 91.3 FM. From St. Mary’s, it was on to Medaille College in Buffalo and a contributing role at WJPM 91.7 FM.

He joined WIVB-TV in 1978, producing weekend newscasts with Rich Newberg.  After a short period of on-air reporting, Chris made the permanent shift to behind-the-camera.  While assigned to the evening newscast, he was honored as a Newscast Producer, statewide and regionally. by the Associated Press and United Press International. Later “News 4” would be honored with the New York State Associated Press Grand Prize for Overall Excellence, while Chris was News Director.

In 2006, Chris and his colleagues were honored by the Paley Center for Media with the selection of four “News-4” Special programs that were included in the Center’s permanent collection.

While serving as News Director and President/General Manager, WIVB-TV, Channel 4 received the distinction (3 times), of being the highest overall rated television station in the United States from sign-on to sign-off. It was also recognized several times as the highest rated CBS Affiliate in the nation.  WNLO-TV was also named the Top CW Affiliate in 2012, winning the Model Affiliate Award.  Since its inception, the 10pm News on Channel 23 has been the top rated UPN & CW network affiliated newscast in the nation. Chris was chosen by LIN Media to help create and guide the corporate-wide LIN Media News & Digital Task Force for three and a half years.

Chris has actively supported many community causes while serving on the United Way Board of Delegates, Board of Directors at Saint Mary’s HS in Lancaster, and Saint Francis HS in Athol Springs, and on a Media Advisory Board at Medaille College.  In retirement he remains involved in the Roswell Park Cancer Institute and Tops Markets efforts to battle cancer. He works to support the Buffalo Broadcasters Association efforts to restore, digitize and preserve the priceless collection of news film and videotape from Buffalo’s past.