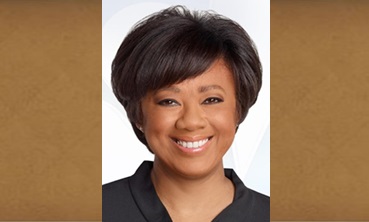 Huff is host of Wednesday’s Child, a weekly adoption feature that airs Wednesdays during News 4 New York at 5pm and re-airs Sundays on Weekend Today in New York. A passionate advocate for children and community-related issues, Huff has received numerous accolades for her work on Wednesday’s Child.

Huff joined NBC 4 New York in January 1995 and has held a variety of positions at NBC. She came to WNBC from KRON-TV, the NBC affiliate in San Francisco, where she was the primary on-air meteorologist for the station since 1991. She joined that station in 1990.

In 2012, Huff received high recognition for her dedication to foster care children at the New York City Court Appointed Special Advocates Spring Reception (CASA-NYC).” Huff works with CASA- NYC to help protect the needs and well-being of children in foster care, making sure that they are placed in safe permanent homes.

In 2011, Huff was honored at1199SEIU/Employer Child Care Corporation’s “5th Annual Care for Kids Gala.” She was recognized for her dedication to children in the New York City area and to children around the world. The funds from the “Kids Gala” went directly to supporting education programs and services for children.

Additionally in 2011, Huff was recognized at the “Family Focus Adoption Services (FFAS) Gala” for her work on behalf of adoptable children in the New York City area through Wednesday’s Child.

Huff was cited in 2002 as a “Grad Made Good” by her Alma Mater, Florida State University. She has also received the Police Athletic League’s “2002 Woman of the Year Award;” a 2000 YMCA “Champion for Youth” honor; and the City of Hope’s “Spirit of Life” award for her professional and personal example to New York City youth. The American Lung Association named Huff a “Clean Air Hero” for her work in promoting cleaner air and healthier lungs.

A native of Manhattan, Huff graduated from Florida State University at Tallahassee with a major in Meteorology.

Huff is married and resides in New Jersey.