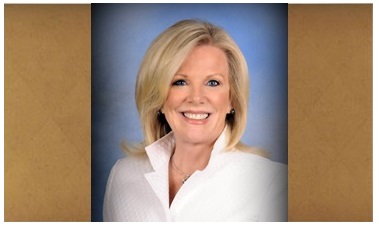 Liz Bishop began her television career in September 1973 as a college sophomore with no on-air experience.  After a two-week training period at WRGB, she made her debut as the station’s new weekend sportscaster, breaking the gender gap as one of just a handful of women sports reporters in the nation.

Over the next four decades—spent at the very station where she began her career–she became one of the pioneers of what’s widely held to be the first all-woman newscast in the 1970’s.  During the 1978 World Series, she was among the first women reporters allowed into the New York Yankee locker room, following a New York Circuit Court ruling paving the way. In 1981, she was the only television sports reporter selected to cover the South African Springboks rugby game played in Glenville,  NY–a match held in secret after an apartheid-motivated bombing of the Schenectady League headquarters the day before.

In 1980, Liz moved from sports to news and broke new ground, broadcasting the market’s first transcontinental live remote with the inauguration of Menands native George Deukmejian as California governor. She scored an exclusive interview with Sinn Fein leader Gerry Adams–in the midst of the “troubles” in Northern Ireland, and her 2000 interview with then-Senate hopeful Hillary Clinton earned her a video appearance on “The David Letterman Show”.  A year earlier she traveled to Skopje, Macedonia to report on the horror and suffering of Kosovo refugees. She was one of the only reporters at Ground Zero on September 11, 2001 as she accompanied, and reported on, the Capital District Search and Rescue team on their heroic mission after the fall of the World Trade Center.

Her favorite moments? Jumping into a 43 degree Lake George for an Emmy-nominated story on ice rescues; jumping out of a plane–twice (when her cameraman became airsick the first time)–for a story on skydiving; successfully battling 9 G forces in an F-16 flight with the Air Force Thunderbirds; spending nearly a week at sea aboard the nuclear-powered sub, the USS Albany; wading through an underground cave for an Emmy-nominated report on the extinction of bats; and experiencing weightlessness for an award-winning report on John Glenn’s return to space.

Liz is an Emmy-winning reporter with three prestigious regional Edward R. Murrow awards—one report, “Killer Flu” (2006)–is used as a teaching tool at RPI.  She earned several NYS AP Broadcast awards for General Excellence in Reporting, NYS Broadcasters Assn. Awards, a National Eclipse Award Honorable Mention, the NYS Air National Guard’s Marguerite Higgins award, and a Civilian Police Award for her Perp Patrol series highlighting fugitives from justice. Her lifetime body of work led to her induction into the NYS Women’s Press Club’s Hall of Honor, the 100 Women of Excellence Award, and SUNY’s Distinguished Alumni Award, among others. Liz was even the top vote-getter for her own bobblehead.

She is especially gratified at the opportunities her career has given her to serve her community.  Liz helped raise tens of millions of dollars as longtime co-host of the MDA telethon, and millions more for childhood cancer as co-host of the stage show CBS6 Melodies of Christmas, and for more than 25 years has been on the Board of Directors of the Empire State Youth Orchestra.