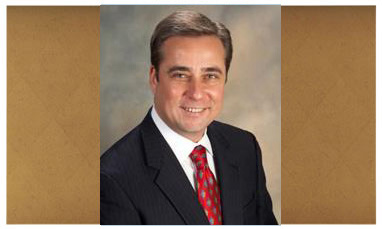 PERRY SOOK: Perry A. Sook has over 33 years of professional experience in the broadcasting industry, covering all facets of the business; ownership, management, sales, on-air talent and news. He has experience in both the radio and television mediums.

Sook is the founder, Chairman, President and Chief Executive Officer of Nexstar Broadcasting Group, Inc. Nexstar was formed in 1996 for the purpose of acquiring and operating network affiliated television stations in medium-sized markets. Nexstar currently owns and/or operates a total of 72 network affiliated television station in 41 markets in the states of New York, Pennsylvania, Indiana, Illinois, Louisiana, Arkansas, Tennessee, California, Wisconsin, Michigan, Vermont, Florida, Utah, Alabama, Missouri, Maryland, Montana, and Texas. The company is based in Irving, Texas and trades on the NASDAQ under the symbol (NXST). experience inthe broadcasting industry, covering all facets of the business; ownership, management, sales, on-air talent and news. He has experience in both the radio and television mediums.

Before Superior, Sook was President/CEO of Seaway Communication, Inc., owner of WVII (ABC) in Bangor, ME and WJFW (NBC) in Wausau, WI. Before being recruited to run Seaway, he worked for KXTX-TV as General Sales Manager and acting General Manager. He was also employed by Gaylord owned KTVT-TV as National Sales Manager. Sook previously had spent five years with Cox Broadcasting, first in local sales at WPXI-TV (NBC) in Pittsburgh then at Telerep, Inc., as a National Account Executive. Early in his career, Sook was employed by WOWK-TV (CBS) in Huntington, WV in local sales, WFIV-AM in Kissimmee, FL; WATH/WXTQ-FM, Athens, OH and WPME AM/FM in Punxsutawney, PA in radio sales and on-air talent. Sook also worked briefly as a television news anchor at WDTV-TV (CBS) in Clarksburg, WV.