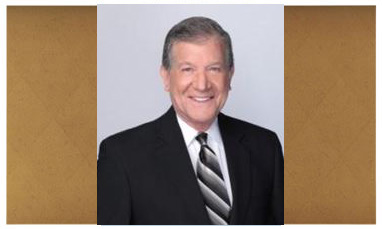 Mr. Pineda’s first job as DJ for WJIT-1480AM earned him $50 a week. After three years of working the midnight shift, Mr. Pineda was hired as a staff DJ hosting his own four-hour nightly radio show.  A year later, he accompanied a friend to record a commercial at a local Spanish-language station in Paterson, New Jersey.  As he waited in the lobby, the director of programming approached him asking if he wanted to audition as a news anchor.  He did, but no call back. A few months later, the late Rene Anselmo, then owner of WXTV, the local affiliate of the Spanish International Network (SIN), reached out to Mr. Pineda to be the Master of Ceremony for an event taking place at Madison Square Garden.  He graciously accepted.  Little did Rafael know he was already making history by being the first Hispanic to emcee the first Latino event to take center stage at The Garden.  That night, Mr. Anselmo asked him to anchor WXTV’s local newscast.forNoticiasUnivision 41’s (Univision 41 News) prime-time newscast.  A native of Cuba, Mr. Pineda began his journalism career in radio over forty two years ago.

For more than forty two years, Rafael Pineda has been WXTV Univision 41’s leading news anchor.   In 1988, he hosted the tri-state area’s first local talk show, “Punto y Aparte”.  He has established a reputation of credibility and integrity parallel to the most prominent news anchors’ in the general market. Backed by an outstanding news team, Mr. Pineda has led Noticias Univision 41 (Univision 41 News) to first place in Spanish-language television in the tri-state area.

Mr. Pineda has been the first Hispanic local news anchor to interview political figures such as President Clinton and celebrities like the late Desi Arnaz.  He has covered stories that have taken viewers from islands such as the Dominican Republic, countries in South America to report issues relevant to the community.  Most recently, he reported on the 9/11 and Hurricane Katrina disasters.

Throughout his career, Mr. Pineda has been acknowledged by many institutions receiving honorable mentions for his work.  He has represented the station at many diverse community activities and also serves as spokesperson for RMHC/HACER’s Program, which awards scholarships to Latino students in the tri-state area.  The highest scholarship awarded bears Rafael Pineda’s name.

Mr. Pineda has been the recipient of many awards, including an Emmy for “Outstanding Single Newscast” for coverage of the American troops returning home from the Gulf War.  This same award committee nominated Mr. Pineda an Emmy in the category of “Outstanding On-Camera Achievement”.  He is also a seven-time winner of the A.C.E. Award (Association of Critics in Entertainment) for Best News Anchor.  In 2000, Rafael received one of the highest honors being inducted into the National Academy of Television Arts & Sciences (NATAS) Silver Circle, making him the first Latino to be honored in this category.